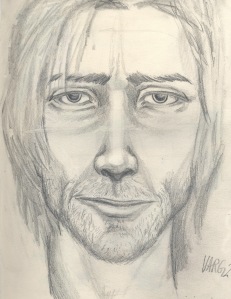 Well, recently I have sort of built up an “addiction” to the fictional character Varg Veum, from Gunnar Staalesens books, and the movies based on these. It all started when I was watching the norwegian series Dag. This Man (yes, with capital M), suddenly appeared before me! I had seen him before, but I had not really noticed how fantasticly handsome and sexy he is: Trond Espen Seim (the actor who plays the role of Varg Veum). So, I decided to try out a couple of Veum-movies, which hadn’t really interested me before, just to satisfy my…needs. Now I have seen all twelve of them, pluss started reading the books (four so far). Mind you, that does not mean the movies are great. Probably it’s more an expression of my loneliness.

Getting to the point! The image of the real living person Trond Espen Seim and the fictional Varg Veum has become mixed up a bit. I might have a dirty mind. Still I wanted to try to create my own interpretation of Varg Veum, based on the books I have read so far. So far I have the two sketches above. I’m not sure I have reached the final result yet, but I think I’m on to something. 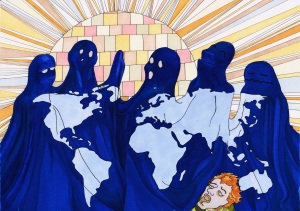 My friend, Vilde, made a 12 page supplement about the Climate Change Conference for the last number of PUTSJ, and I helped with illustrations. Not all of these were published, but I think that first an foremost had to do with space and such. I did make a “few” illustrations to be on the safe side (this is just a selection) 😛

Above: examples of some of the small illustrations I made.