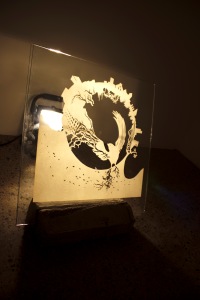 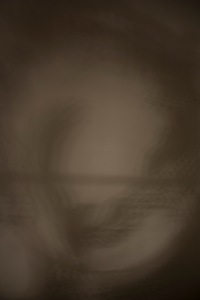 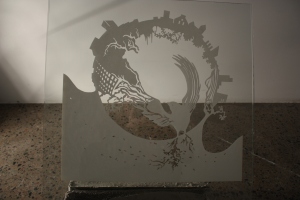 Here are a couple of pictures showing my work done during the installation course (spring 2013) at school.

My idea was to light the paper cut motif from behind so it would throw a shadow on the wall. It didn’t turn out quite the way I wanted with the shadow. I tried to make it a clear and focused. The reason it became blurry was because of the type of lamp that was used, but there was no time to find another solution. Still, afterwards I think it’s good that it turned out like this.

When I worked with the Little Red Cap installation, there was time to experiment more with lights and shadows. Still I failed! 😛 Though I tried really hard, I didn’t find a lamp that I could use the way I intenden when I developed the idea. The original idea was to throw a “Big Wolf”-shadow over the whole paper tree.

But…I did learn something about how these things work. Yay!